We would like to offer our sincere support to anyone coping with grief. Enter your email below for our complimentary daily grief messages. Messages run for up to one year and you can stop at any time. Your email will not be used for any other purpose.

Read more about the life story of George "Scotty" and share your memories in the Tribute Book.

It is with deep sadness that the family of George Murdock Moar “Scotty” announce that on November 11th, 2022 at the age of 87 and with family by his side that he peacefully entered into eternal rest.

George was his given name, but everyone knew him as Scotty.

Scotty was born in a snow storm on January 11th, 1935. His birthplace is just down the lane from where he and Lissi resided at the time of his passing.

Scotty was the fourth of nine children in the family to Dan and Dora Moar.

Scotty attended school at Alfred #1.  Helping his Dad and brothers with farm work, trapping muskrats in the spring, haying and harvest in the summer and hunting to help keep food on the table for the big family in his younger years.

His first work experience was with the Red River Grain elevators at Longburn, MB, after that for five years he lived and worked for Jack Parsons, south of Amaranth doing general farm duties.

From there Scotty entered a ten year term driving truck for Maple Leaf Construction.  During the latter part of his time with Maple Leaf he met his wife Lissi who had recently immigrated from Danmark.

On October 14th, 1961, in Portage la Prairie, Scotty & Lissi were married in the afternoon with a small reception at Lissi’s parents place in Oakville.   Every fall, for the next five years Scotty & Lissi would move up to Alonsa and help Scotty’s parents for the winter on the farm and then return to Portage in the spring to resume work with Maple Leaf.

At this point they committed themselves to a cow/calf operation focusing on a purebred herd of Charolias cattle.

In 1976 Scotty was hired by the Turtle River School Division and drove bus for over 20 years.

In the years that followed of expanding their farm, he contributing to the community, enjoyed fishing trips near and far, celebrated milestone anniversaries and hunting times with his children and grandchildren were times lived to the fullest.

Scotty was happiest on a tractor on his way to “get it done”, even a week before his passing he was out discing a field, always the hope of a farmer for a good crop and lots of hay.

Scotty became a Grandpa, lovingly referred to as Pop.  His Grandsons Max, Ty and Justin afforded him new memories and adventures together that always brought a smile when he was with them.

The family wishes to Thank Dr. Kinnear for the comforting words and guidance.  The staff of Portage General Hospital, the nurses in palliative care for their extra compassion.  Warmest Thanks to Jytte Johnston (cousin to Lissi) for the hospitality and open home during the family’s time of need.  Special Thanks to Martha Brooks (Scotty’s sister) for the daily support and guidance.

The family deeply appreciates everyone who made calls, left messages and texts, for the visits and offers of help and support.

A celebration of Scotty’s life will take place on Saturday November 19th at 2:00 pm in the Community Hall, Kinosota, MB. Burial will follow the service at the St. Bede’s Anglican Church Cemetery, Kinosota, MB.

In lieu of flowers if friends so desire, contributions in Scotty’s name can be made to St Bede’s Church (c/o Don Asham, General Delivery, Kinosota, MB R0H 0L0), to the Manitoba Heart & Stroke foundation or a charity of one’s choice.

To send flowers to the family or plant a tree in memory of George "Scotty" Murdock Moar, please visit our floral store. 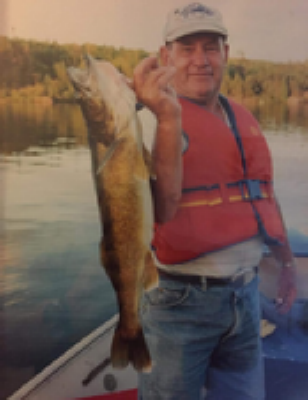 In Loving Memory Of

Look inside to read what others have shared


Family and friends are coming together online to create a special keepsake. Every memory left on the online obituary will be automatically included in the book.

You can still show your support by sending flowers directly to the family, or by planting a memorial tree in the memory of George "Scotty" Murdock Moar
© 2022 Ronald Moffit Memorial Services. All Rights Reserved. Funeral Home website by CFS & TA | Terms of Use | Privacy Policy | Accessibility